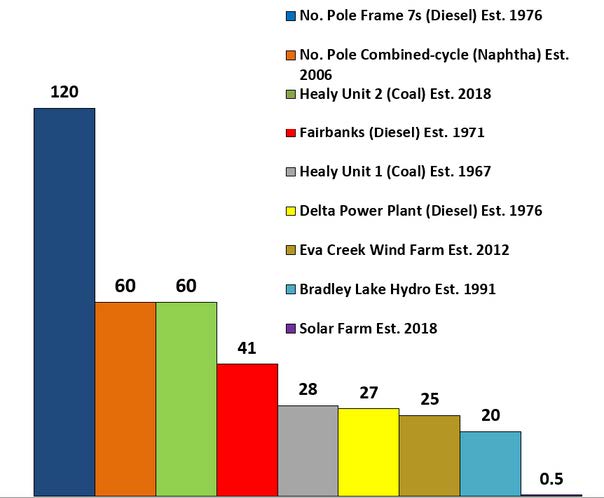 GVEA's reliability was over 99.9% in 2021. The Battery Energy Storage System, or BESS, responded to 57 events this year, preventing approximately 211,937 outages; this equates to an average of 4.5 prevented outages per meter.

Board of Directors
History of Service
Overview

Incorporated in 1946, Golden Valley Electric Association took shape when a small group of Alaskans became interested in bringing electric service to the Interior's more rural areas. These pioneers applied to the Rural Electrification Administration, which granted a loan to form a not-for-profit rural electric cooperative.

GVEA operates and maintains 3,292 miles of transmission and distribution lines and 40 substations. The system is interconnected with Fort Wainwright, Eielson AFB, Fort Greely, Clear Space Force Base, the University of Alaska-Fairbanks and all electric utilities in the Alaska Railbelt, which extends from Homer to Fairbanks.

One of the world's most powerful energy storage systems in terms of megawatt output belongs to GVEA. The Battery Energy Storage System (BESS), came online in November 2003. It can provide 27 megawatts of electricity for 15 minutes or up to 40 MW for less time.

Good¢ents kicked off in March of 2011, and today 65% of the co-op membership contributes monthly to the bill roundup program. An independent board of trustees reviews applications and awards grants to non-profit organizations in need. Since 2011, a total of $1,330,642 in Good¢ents grants have been awarded. For a complete list of Good¢ents recipients or to access an application, our Good¢ents Program page.

A total of 1.19 billion kilowatt-hours were sold in 2021. GVEA's average residential member consumed 600 kWh per month.